Who are you and what have you done lately?

The last time I was asked to write a personal assessment of my work I turned it into a blog post: http://advanceducation.blogspot.com/2007/11/who-are-you-and-what-do-you-do.html.  That was in November 2007 but now two years later, the time has come again to take stock of my professional self-perception, and here it is.

I feel that my work is having an impact on the field of social networking in education, and is getting some attention in the area of learner independence as well. I was invited in 2008 for example to participate in a Learner Autonomy SIG Pre-conference event at the annual IATEFL conference in Exeter, and I was asked to contribute an article to the SIG Newsletter on the topic. My take on the issue is that teachers must first become truly autonomous; and this in fact is the connection with social networking.


There is no good comprehensive handbook on social networking of which I am aware (the best references on the topic tend to be circulated around the network). Social networking has to be done. In other words, in order to learn about it, people have to teach themselves through informal learning and collaboration with peers. The collaboration is important because in order to DO social networking, you have to have a network with which to experiment. So my work recently has been to promote and examine the formation of social networks and how they work. It is complex but intuitive at the same time; still the complexity makes it difficult to introduce the concept to those who are not engaged themselves (overtly) in social networking. This is again the link with learner autonomy. Teachers who know something about the topic introduce its many components gradually to those who want to learn, a premise which I have exercised in my several annual renditions lately of my course in Multiliteracies taught for TESOL (http://goodbyegutenberg.pbworks.com), parts of which I have included in materials on Computer Literacy for students I teach face-to-face (http://issuu.com/vances/docs/social_networking_2009_lessons1-3), and also a short course for teachers taught for the first time in January of 2010 (http://tinyurl.com/21centuryskills4pdo).

My work with this process of introduction of both the content and process of social networking has evolved from looking at the topic from the evolution of groups to communities, to arrive at a perspective of distributed learning networks (I was invited to talk on groups, communities, and networks at the most recent TESOL conference, http://advanceducation.blogspot.com/2009/04/global-and-local-visions-webheads-and.html). This has taken me through a line of inquiry examining the perspective of communities of practice, which had great traction earlier in the decade, and which I have been often asked to speak on recently. When I was asked to design and teach my TESOL course on multiliteracies a few years back this gave me further perspectives on the issue and brought my inquiries to bear on social networks, and the new theory of connectivism, which is considered to be a participatory or connection multiliteracy, depending on how that topic is viewed.

The many views on the topic are part of a paradigm shift for education, the nature of which my work has also examined (http://evomlit.wordpress.com/2010/01/09/how-can-teachers-deal-with-technology-overload/). The many aspects in perspectives that this shift impacts deeply influence my view of the role of computing in learning, and how students and teachers should be learning to prepare themselves for changes that can be expected in the way they will work and learn into the next decade. Most of us can sense that this change is impending, and I feel that my work helps educators to grasp the nature of that change and see how they can leverage it to their advantage and to the benefit of their students. I have feedback on this as I participate in communities of hundreds of teachers worldwide, and coordinate several, including a significant community called Webheads, much appreciated by its members (http://webheads.info). As I am often asked to speak on the topic, or am followed on Twitter (http://twitter.com/vances), or re-tweeted, or as comments are added to my blog posts, as people ask me to write articles, or to edit sections of professional journals, I become aware that my work is trickling out over networked communities and having some impact and is earning a modicum of respect among others interested in the topic (http://vancestevens.com/papers). I’m also encouraged my work is gaining in interest where I teach at the Petroleum Institute in Abu Dhabi:
http://curiousvance.wordpress.com/2010/01/18/class-finale-january-19-2010-live-worldwide-webcast-from-7-to-830-a-m-gmt/ .

Another aspect of my work is change agency. I realize how difficult it is to be a change agent, and that change typically takes a long time to first penetrate and then filter up through an institution, but I’m getting some indications that the filtering has begun at the PI, and I hope to be a part of that through some aspects of social networking that might benefit colleagues where I work, and which could be taught (that is modeled, demonstrated) in turn to students (e.g. http://curiousvance.wordpress.com/2010/02/02/earthbridges-earthcast10-and-earth-day-at-pi-april-22-2010/).  After all, students are the focus of this work, but students by definition are learners, and that includes all of us.

Links updated after now-defunct Ning and Posterous blogs exported to Wordpress
Posted by Vance Stevens at 3:52 AM

All I can say is: Wow. It's a privilege and an honor to work with you, Vance.

I feel as though I have been heading this way for years, looking for tools and better ways to be a multiliterate autonomous learner. Best retirement gig ever. I think I'm going to start adding the designation to profiles ~ unless you have it trademarked, so not you.

More information and the tools to find, manage and share it now. I am glad the ning multiliteracies page will stay active. 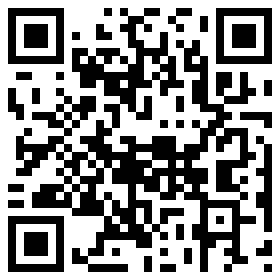 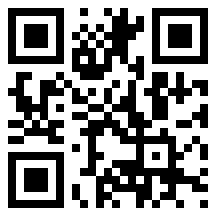 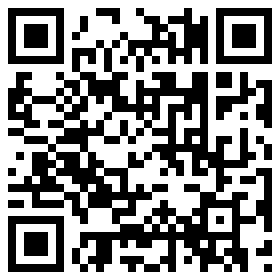